Home | From the Clinic |From the clinic: Night-time scratching

From the clinic: Night-time scratching

He was 49, and had widespread chronic atopic eczema. His Dermatology Quality of Life Index (DLQI) score was 24 - "an extremely large effect on the quality of life". The report referring him for The Combined Approach remarked "he is taking more steroids than is good for him".
Assessment revealed widespread lichenification. Night-time scratching was especially distressing for him - see below the first photo he sent in, showing the state of his bed in the morning.
Before starting the treatment programme, using a hand tally counter he discovered he was skin scratching, rubbing and touching over 500 times a day, with some 20% of this being habitual, rather than due to itch.
After an extended period following The Combined Approach, combined with a stress mangement programme, he reported his treatment "a complete success", with all skin touching frequency down to less than 50 episodes a day, and with none of this due to itch.
His DLQI now is 1 - "no effect on quality of life". He reports now using only regular moisturiser + intermittent use of a non-steroidal anti-inflammatory cream (tacrolimus). 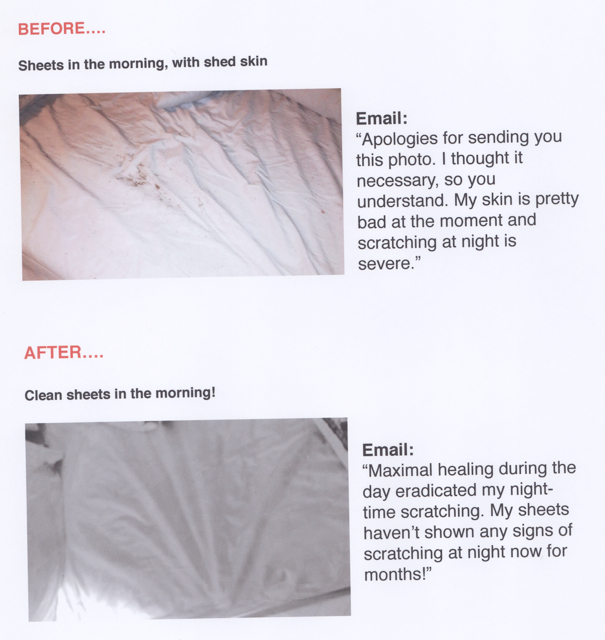